Around The States – Update 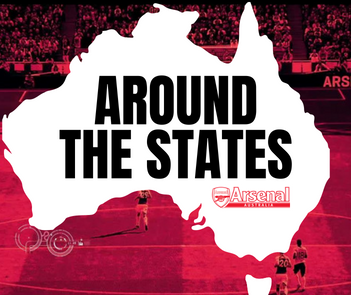 Due to the vastness of Australia our State Reps take responsibility for organising local Meets in the Capital Cities and in some cases, regional towns as well. They commit their time to arrange the match viewings at venues they work with each weekend and other regular social activities during the season. We understand middle of night matches are going to be hard to attend, however we do ask you to try and support them whenever you can at events and get to know your fellow Gooners. Our various Facebook pages promote events and are the easiest way to communicate what is going in your locality. However, you can always contact them directly via email to ask any questions, suggest ideas for events or share photos/stories simply by going to the Contact tab on the website.

Western Australia –Philippe Chapman has taken on the role of State Rep from Kevin Sanders and will be running events at the Inglewood Hotel this season. Locals will often say you can hear him before you see him as he leads the WA Gooner songs and, if you can’t find him in the crowd, try the front row of the bar. So, not a hard man to find! Have a great season West Coasters!

Victoria –Rod Jeremiah is one of our early Victorian Members, who joined the Club as it established itself at the old Celtic Club, which sadly after 10 years there, is no more. Rod and local leadership group spent a fair amount of time last season trying to find the right venue in Melbourne to host us and successfully found one central to the city. They supported us well but this season but this season he has located another which is more of Football fan hub, The Crafty Squire. Located in the heart of a city that does not operate lock out laws we know the venue will show all of our matches, whatever the time of night! Rod is known for hosting Trivia Nights so expect a few of those during the season and his frequent visits to the Gentleman’s during matches, as it usually brings us a GOAL!

South Australia – Matt Mays and the Adelaide Gooners leadership group continue their relationship with the Arkaba Hotel in Fullarton. After a successful meeting pre season, the venue are committed once again on being extremely hospitable to our group with the re launch of a royalty card program. Keep your eyes peeled on the Arsenal Australia Adelaide Facebook Page. Adelaide has also been confirmed as the venue for the 2019 Arsenal Australia AGM, and plans have already begun to make sure we put on a good show next year.

New South Wales –Chris Gouw took over from David Maksielias last season and has been trying valiantly to deal with Sydney’s notorious ‘lock out’ laws, which makes it difficult to enter or move between venues after a certain time of night. After last season’s trial, The Madison Hotel is our home for Gooners to meet at in Sydney. Located close to Central Station and avoiding Lock out Laws the venue owners can also provide us with access to the venue next door when we have larger crowds for the big matches. So whilst our matches are often on at awful times Chris enjoys a challenge and we will be working closely with him on new ideas during the season. Any Arsenal NSW Members who are able to assist Chris during Match events can contact him directly via the website.

Northern Territory –Last season Fabio Lee Serra established a venue at the Casino in Darwin who are supportive of Football and even allowed him to put up Arsenal banners to promote the venue. Whilst it is still a fledgling group this season will be building upon the relationships he and his team have been working on with local Football Clubs to try and get them into the venue and convert fans into Members. Good luck with pushing on this season Fabio.

Queensland –An original Member of AASC, Mick Barlow has passed on his role of Ticketing Manager to Paul Lowry this season and will be focussed on managing the Brisbane group. Like Sydney, Brisbane CBD is also affected by ‘lock out’ laws, making it hard to attend to match viewings at odd hours of the night. However, due to his long-standing relationship with the venue, Mick will still be running events at the legendary Pig & Whistle, which has always been Football-fan friendly. 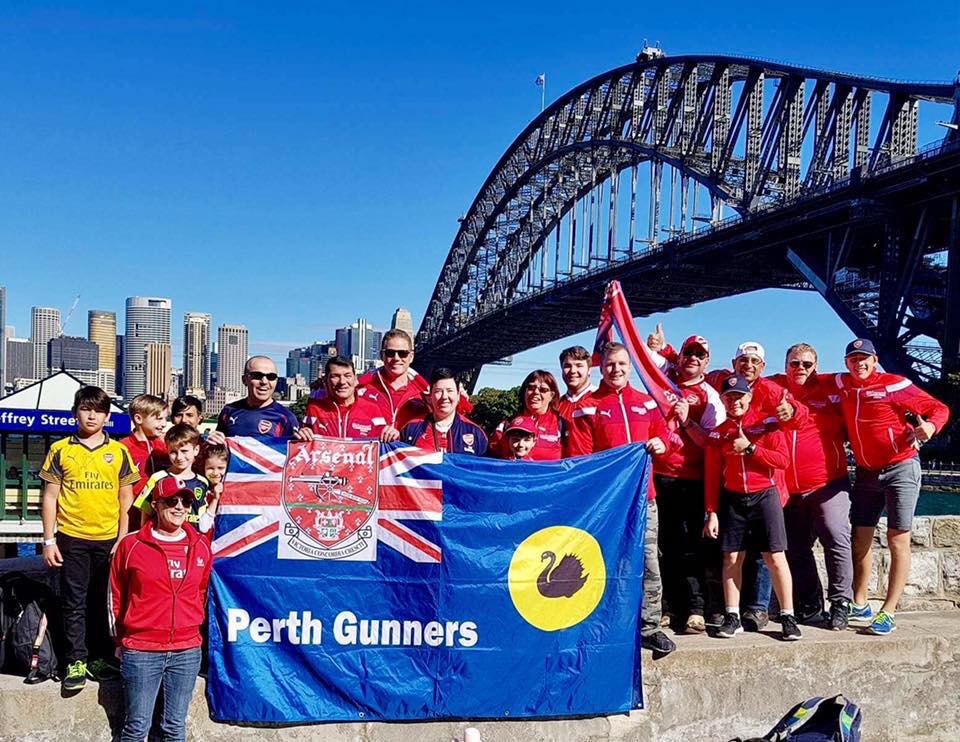