Starting back in 2007 as a small group based at the Pig n Whistle the Brisbane branch of Arsenal Australia has grown tenfold. Numbers can range from a dozen or so at smaller match meets to over 400 for cup finals. We are still based from the Riverside Pig n Whistle for most matches apart from any kick off after 3am or morning kick off where we will be at the Pig in the Queen St mall. The Pig on Riverside is a traditional English style venue that has a wide variety of beers on tap and late night kitchen.

The Brisbane Gooners have social events throughout the season like trivia nights, barbecues and kick arounds, indoor football among other events. Come down to the venue on a match day and say hi. 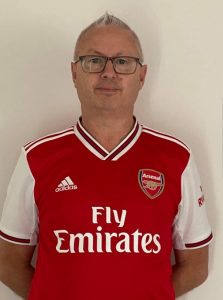